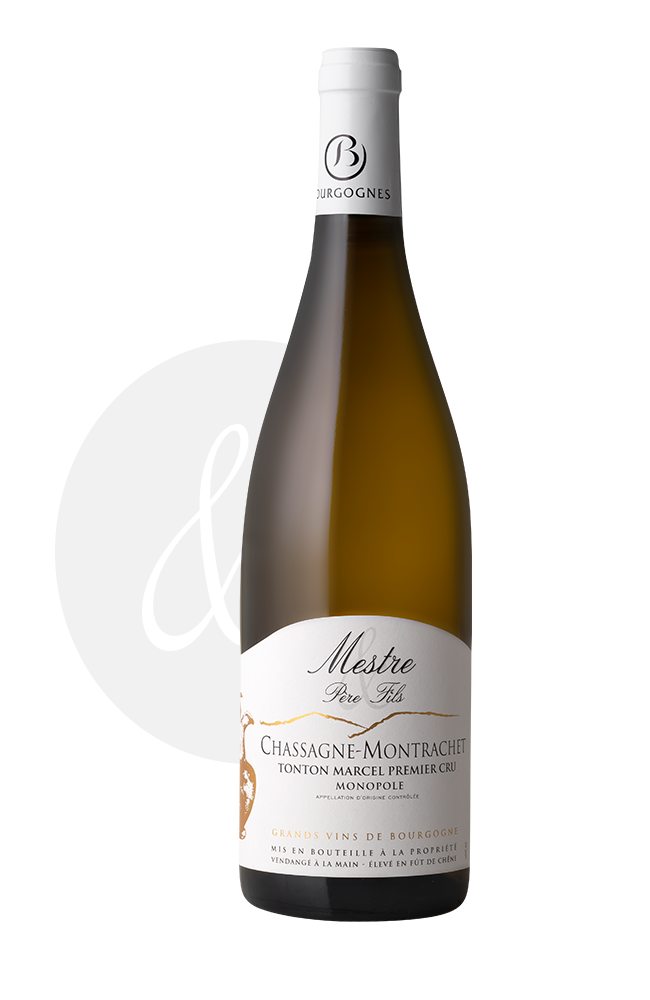 We present you our monopole

Located at the edge of the Chassagne woods, "Tonton Marcel" features on the list of the Chassagne-Montrachet Premiers Crus. It takes its name from a dolmen that was listed in the inventory of Celtic monuments in Courtépée during the French Archaeological Congress in 1853. In the 19th century, this dolmen was used as a hut by a wine grower; so, it was called "Uncle Marcel's Stone" after him. Following the outbreak of phylloxera, the parcel was abandoned because it was difficult to cultivate due to the steep slope; the gradient runs at up to 45% in some parts. In 1971, encouraged by the former wine growers of Chassagne-Montrachet, we cleared the ground that had been invaded by oak trees, firs, and scrub, in order to plant it with chardonnay, but not until spring of 1973.